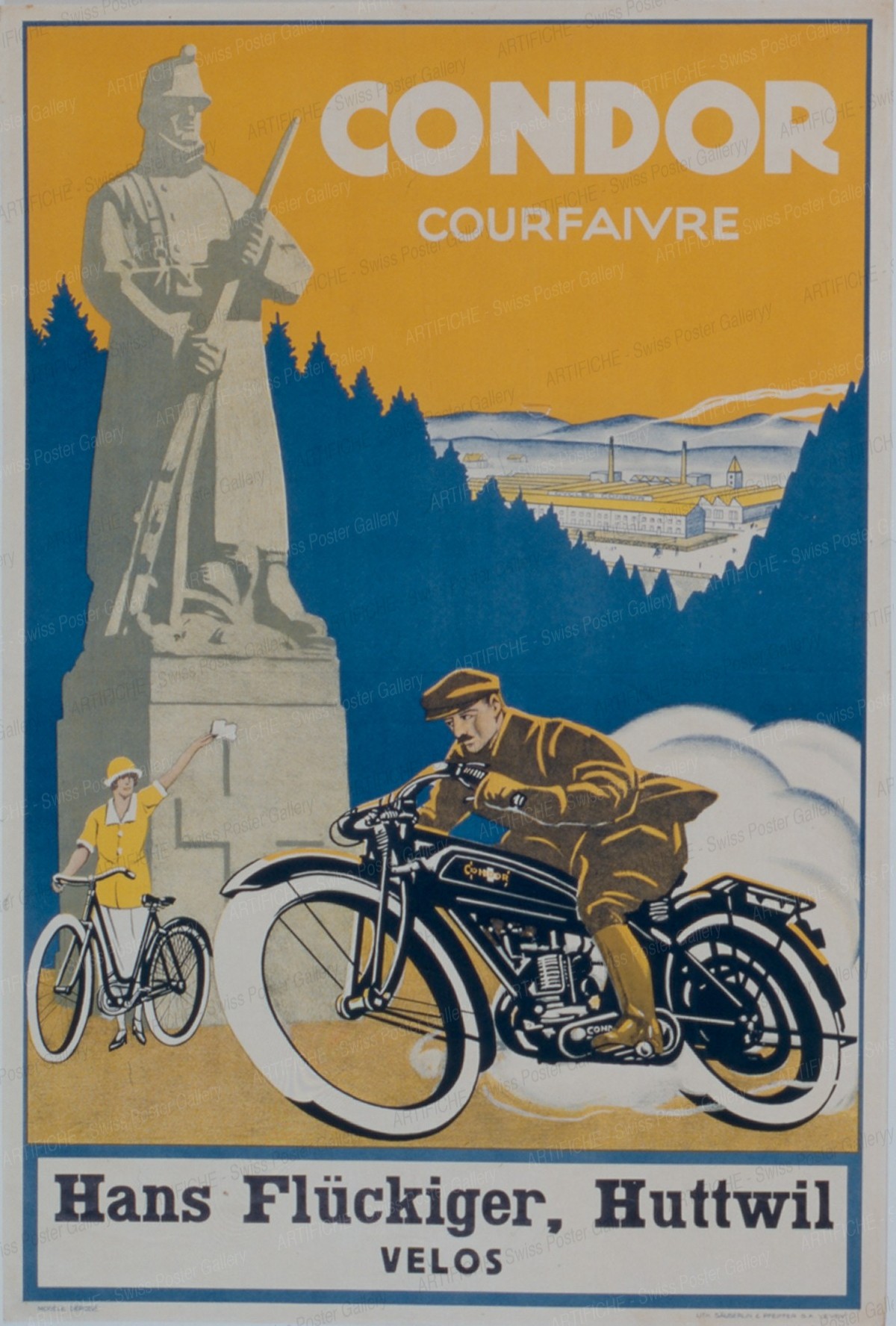 Condor is a company which was founded in Courfaivre, Switzerland in 1893. While it no longer does so today, the company produced motorbikes for the Swiss army until 1978 and bicycles until 1995. This rare lithograph from 1940 advertising Condor bicycles and motorbikes features the name of a bicycle store at the bottom as well as the Condor factory in the background. It also features prominently a statue of a WWI Swiss border guard, created by Charles l’Eplattenier, which was erected in 1924 on the Col des Rangiers pass and has since been destroyed. 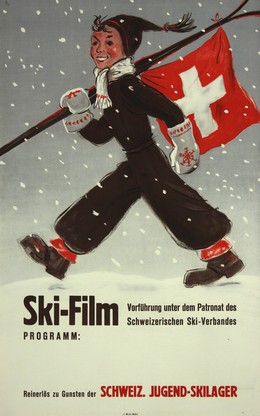 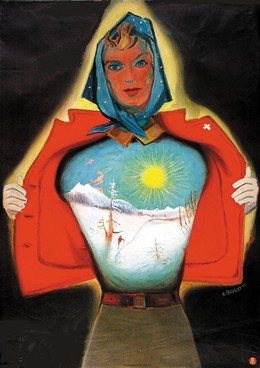 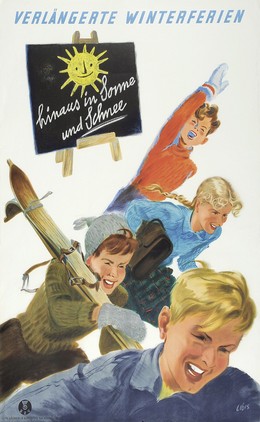 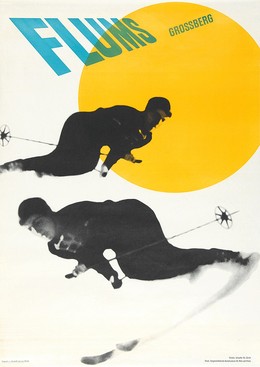