This surprising and impressive design promoted tourism at the Wörthersee in Austria during the Second World War. The image is composed of two halves in contrasting colours: the lake and mountains in the botton half are rendered in shades of blue and bordered by the jagged white line of the mountaintops, while the large orange-yellow area of the top half represents the sky. The two halves of the image are connected by three startlingly black sailboats whose pointy masts loom over the tops of the alpine backdrop. Rarity lithographed at the Steyrermühl publishing company in Vienna. 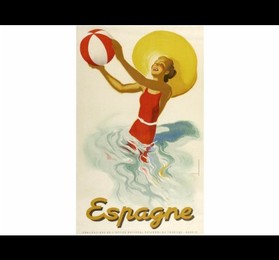 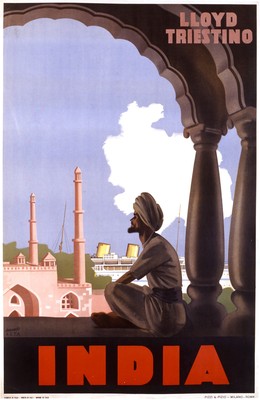 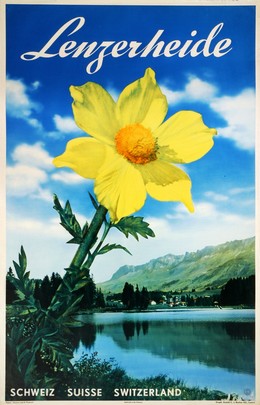