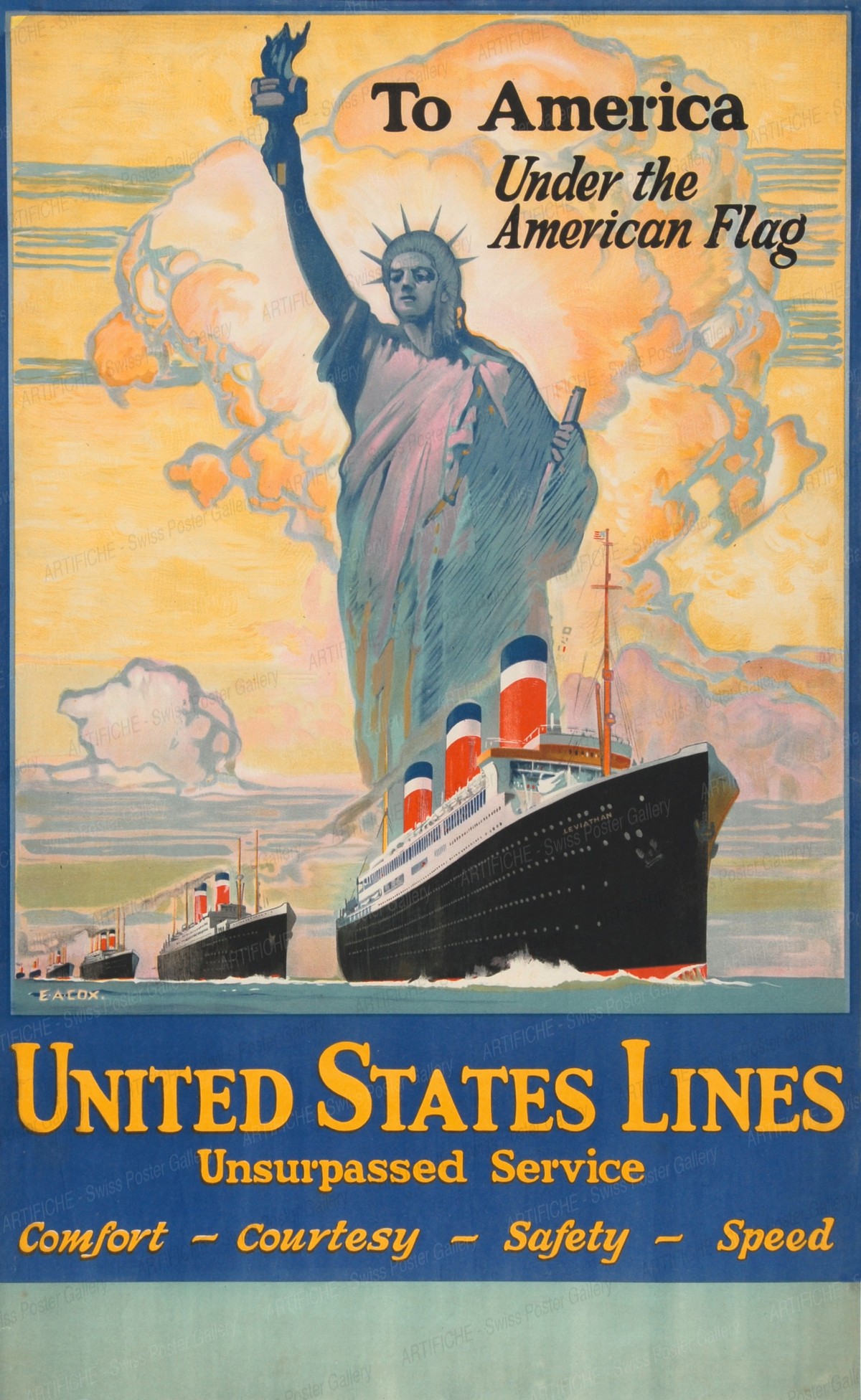 The ship built in Hamburg in 1914 and originally named “Vaterland” was confiscated by the United States at its entry into the war. The US Navy renamed it U.S.S. Leviathan and used it as a passenger ship from 1922. In 1923 the Leviathan completed a trial trip for the United States Lines, where it was considered to be a classic luxury and emigration ship and the “world’s largest passenger ship” with its capacity of 15’000 passengers.