The Belgian painter, graphic designer, university lecturer and publisher De Praetere was a student of Henry van de Velde. In 1906 he moved from Krefeld to Zurich, where he became the director of the School of Arts and Crafts and its museum. Two posters are known to have been designed by De Praetere: the poster for the Carlton Restaurant in Zurich and the “Taxameter 10’000” advertisement for Welti-Furrer, which is considered an absolute rarity. 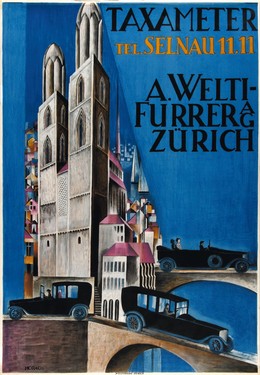 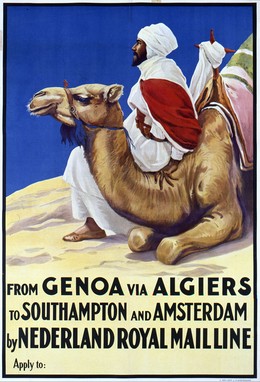