In the early 20th century, the chocolate manufacturer Suchard published a series of posters with views of famous tourist sites in Switzerland as well as playful features. These were the first photographic posters in Switzerland, and even particularly early, as photography did not experience wider use in poster advertising until the 1930s. The Suchard posters were printed using the photochrome process, which was invented in the 1880s at the Orell Füssli printing company in Zurich in the 1880s. An extremely humorous subject by Suchard, which appealed to an international clientele at the turn of the century with children of different nations and skin colours This unique poster from 1900 has been carefully restored. Rarity. 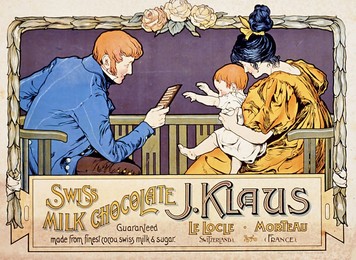 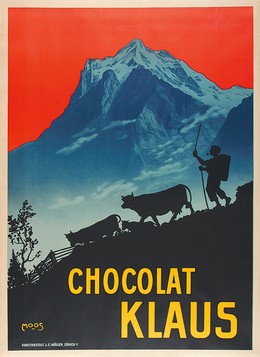 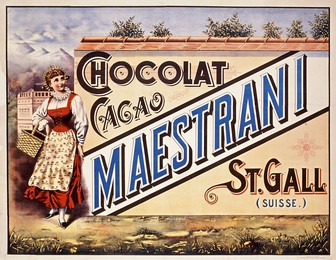