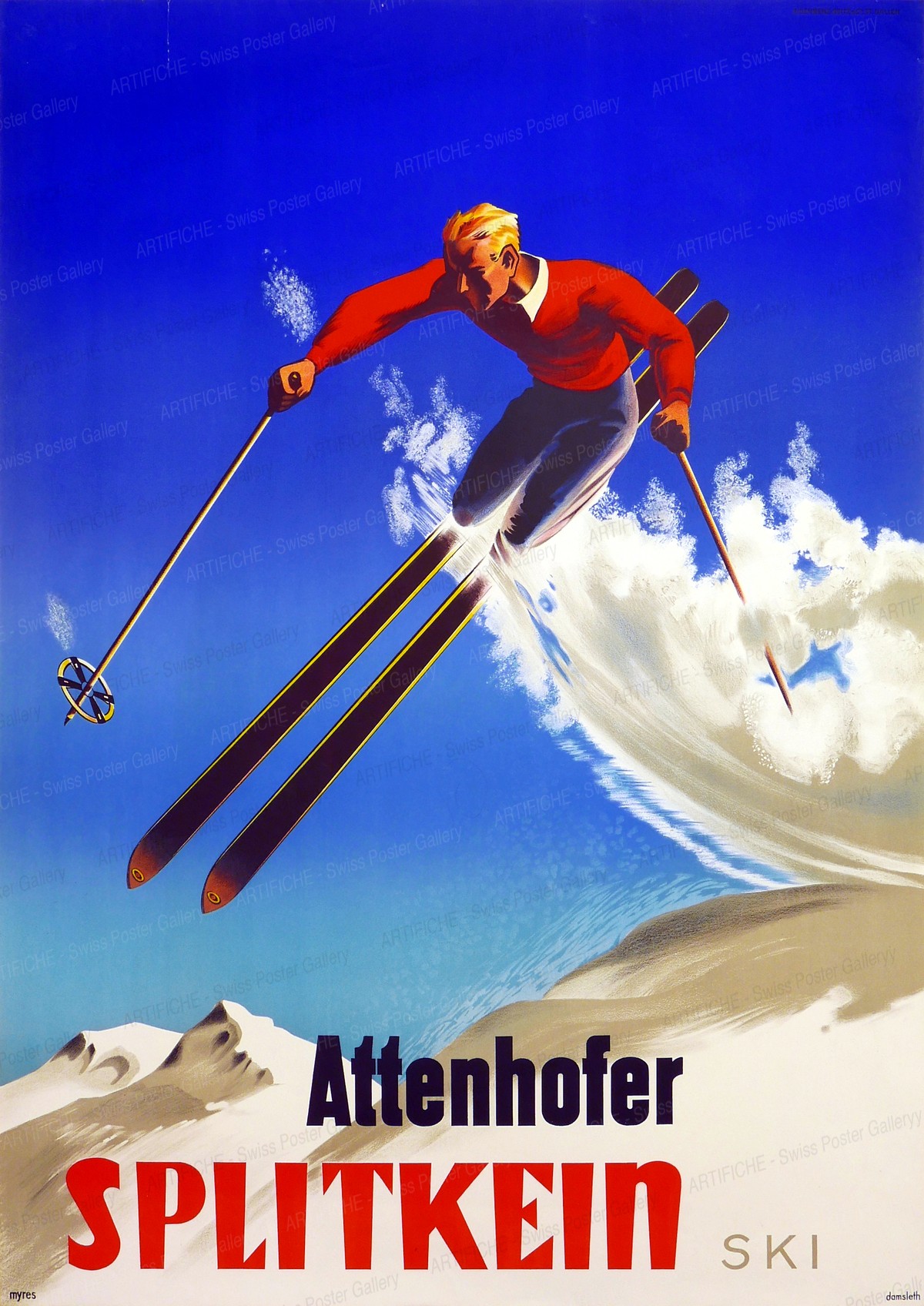 Adolf Attenhofer from Davos became Swiss skiing champion in the combined event in 1917. Seven years later he opened a small sports equipment factory because he was not satisfied with the ski technology of the time. In the following decades, the Attenhofer ski factory developed into the most important in Switzerland. Attenhofer acquired the Splitkein licence (laminated wooden skis) from Norway as an example and from 1952 became the leading manufacturer of metal skis in Europe. This original poster from 1939 is a rarity and awakens nostalgic feelings in enthusiastic winter sports fans. 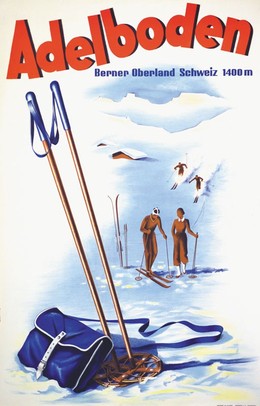 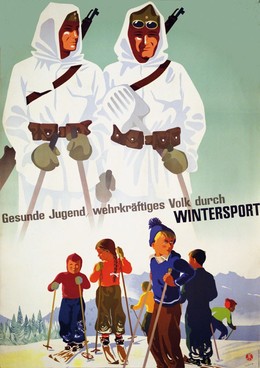 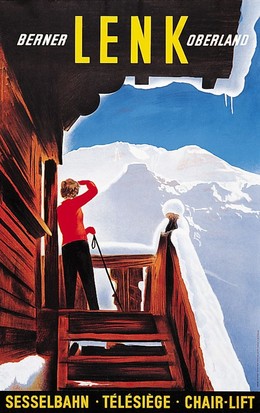 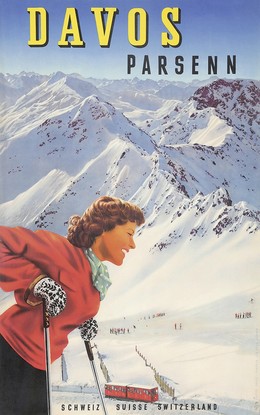